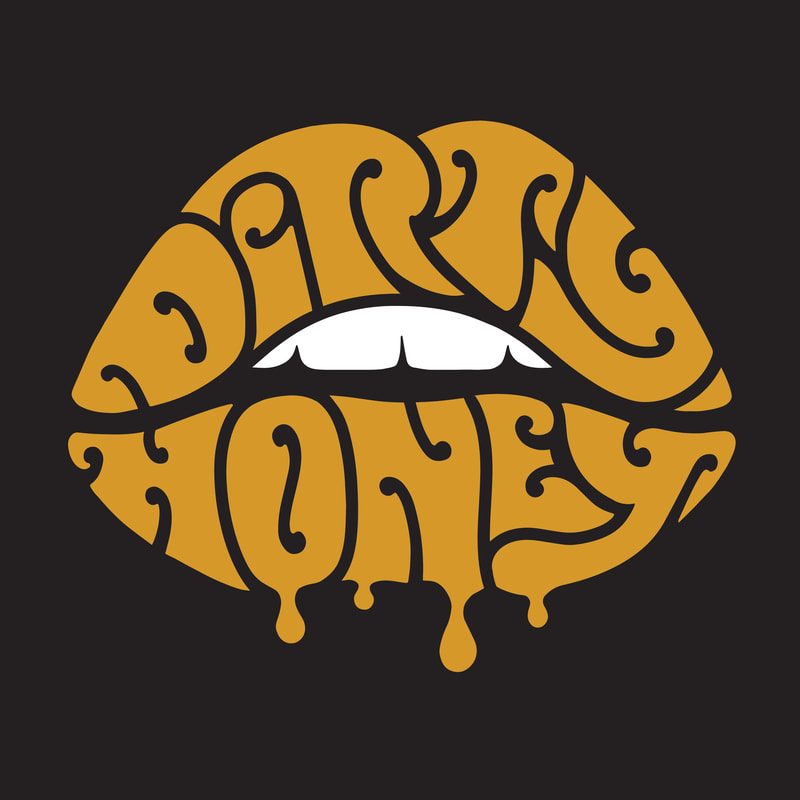 Do not forget to get your tickets for their show on September 30th with Alter Bridge and Skillet at the Rebel here!!!

Follow Dirty Honey in all their platforms for more information about the band and for tour dates near your area.

​Music Overload – It seems like you guys are on your way to becoming big – playing in a lot of festivals,  (played in Montreal and coming back in Toronto again). Opening for Slash and also recorded an EP last year which was very successful. Tell us how it all came together?

Dirty Honey (John Notto) – It started from playing at bars and small venues off to the side. We were juggling with the line up of the band until it was right. Once we got Corey we knew we can start looking at this more seriously and look at different projects. Then it kinda snowballed from there. We recorded our demo at a professional studio and we did a live music video at capital records (we thought it would look good). That got the attention of our manager who was a very good friend of Mark (lead singer) for years from playing hockey together. I didn’t grow up playing hockey (where I came from people didn’t play hockey that much) but in other places in L.A it seems like they play hockey everywhere. Hockey actually connected us to a lot of other people (one billionaire who plays hockey with Mark came to our show as well). Our manager we have known for about couple of years and after the demo and the video was completed – he came to us and together we realized that we are not just a “bar band” or a “small venue band” anymore. We connected with different people, opened for Slash and then it just snowballed from there to where we are now.

Mo – Did you feel at one point that Dirty Honey is off to something much bigger?

DH – First big thing that our manager got us was an opening gig for Slash last October and I think our manager was trying to show how serious he is about managing us. It’s crazy that our first big gig was opening for Slash. The audience was huge. Before the show we sold like 5 T- shirts. During the show when we played and Slash came out the whole place erupted. After the show we sold like 60 T-shirts and people were coming up to us – (they probably don’t understand how merchandise works haha) and they were exchanging other T shirts with our T shirts. That was really crazy. We were hanging out after the show and everyone was buying us shots. I remember Mark at this point told me that “This just feels right”. I think Mark wanted to say “I love you man” haha.

MO – How was it like to play with Slash?

DH – I mean it was a little scary because when I was playing on stage I kept thinking to myself Slash can hear me play guitar right now haha.

MO – What keeps you guys together/motivated as a band?

DH – I think it’s the common dream that we have and what we are doing together (making music, touring, having fun) keeps us together. Corey (drummer) we have known for two years and Justin, I and Mark have known each other for longer. We are all friends and there’s all other little things that we learn slowly about each other by spending more time with each other on the road. I would say our common dream and objective is what ultimately keeps us together. I remember talking to Justin one day when we realized we were moving up in the music world, and we both agreed that we wanted to give it our all and see where it goes.

Mo – In the last decade or so, a lot of people say this band is fresh and that band is different. When we hear you guys play – we are just blown away. Not because it’s “fresh” for some reason but it’s just pure rock music, embracing the classic rock style but sounding so cool and awesome at the same time. It seems like you guys are not afraid to be called pure rock n roll and in fact you guys embrace it. What are your thoughts on that?

DH – I feel like the music that we play is how I feel as a person. Rock n roll that we play sounds like how we are all the time as a band because it’s just fun. It’s loud and fun and not necessarily dark. As rock music evolved from the 60s to further down the road it became heavier and a bit darker in a sense. Then it had a nice return in the 90s but afterwards it was more mainstream industry sounding. I was always stuck on the way to how it was done before. It was a lot of fun and to me it just feels right to play that kind of old school, funky guitar played with distortion. I like Van Halen, AC/DC and the way the riffs groove. We like that style.

DH – Yes absolutely but we are not doing the way the Rolling Stones did it but for sure blues and all music that we listen to influences us.

MO – What should the fans expect at your show?

DH – We didn’t come here to have a bad time (with a laugh) we expect and hope our fans to have a great time with high energy rock n roll. We like to deliver what we played in our records but also provide a little different bits here and there – kinda like how Jimi Hendrix, Brian May used to do it. At the end of the day I am here to make our show exciting, bring up and shake up our fans and have fun in the process.

MO – What’s the next step for the band?

DH – Bigger tours and graduate to headlining tours. New records and singles and keep pushing hard. We have done singles that we pushed to the radio and (I am not a very self bragging person) but rock n roll radios seem to play our singles a lot.

MO – What are you listening to these days?

DH – I have been listening to a lot of Ryan Adams. I really like their lyrics and their guitar. I think they are good at writing lyrics. Guys who write about painful break ups but do it in a non-cliche way is just beautiful and that’s Ryan Adams – he just has a gift. Someone told he recorded like 50 songs for his latest record and then filtered from there – which is incredible. I am listening to another band (they are like progressive rock and relatively new) – they are called “Once and future band”. They are like Psychedelic, progressive rock style and I have been listening to them a lot. Our producer likes prog rock a lot too.

MO – How was it to work with your producer Nick?

DH – It was a paradise location,  we got to get away from our daily life and focus on the record. He is patient, knows where everything is moving towards and understands what we are trying to do. He is open to experimentation with guitars and drums. He is exactly what we wanted.

MO – What shape would you use to define your music?

DH – We are like the unexpected part that ended being way more amazing than what everyone expected. It feels like that for us.