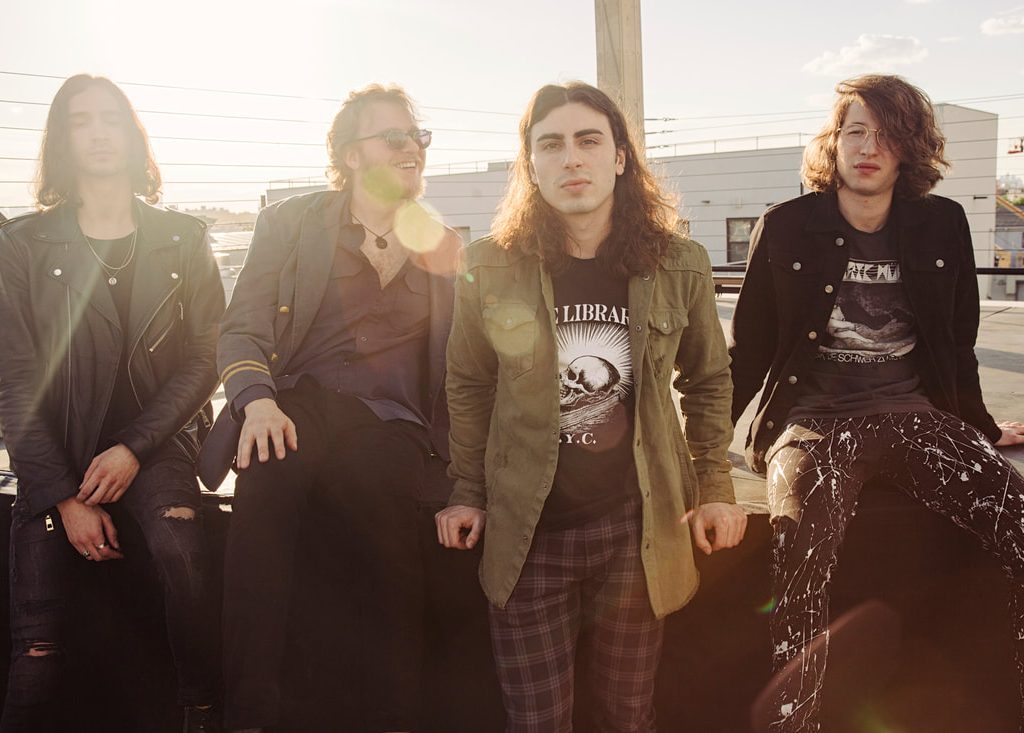 We spoke with Justin Benlolo, singer and lead guitar player of BRKN Love about his band's new album coming out this year.

We spoke with Justin Benlolo, singer and lead guitar player of  BRKN Love about his band’s new album coming out this year. You cannot miss them playing live. Check out the dates they have online to catch them on tour.

We will follow up with them after their show with a concert review.

Music Overload  Justin great having you here with us today, let us have a casual talk and from there I will be asking some questions to get to know you better is that ok?

MO  Justin, We know you moved to NYC and then moved to LA, do you mind sharing with us a little more about that period?
JB  For sure, man! Therefore, I dropped off by year 12th, I was very lucky to find a mentor at an early stage of my life and he convinced me that it was the right time so I moved to NYC, met many people but of course, there is not enough space to practice there. I felt that the right place to begin into the rock scene was to move to LA and get closer to the sunset strip life.

My mentor had many good contacts there but then I had to move back to NYC because the label was there. I had to leave my LA band sadly but in NYC, my manager helped me to find a bunch of people after recording the album. I did the guitar and voices and two of my friends helped me on drums and bass to record the album as a trio.

MO I see that you are playing a couple of festivals during the summer with Metallica and Rob Zombie headlining. Are you excited to see how everything is going this fast?

JB Of course! We recorded the album, and now we are being played in radio stations and everything. After all my travelling while finding my voice and my style, you know,  I spent a good amount of time at NYC and in LA but now I am very happy how everything turned out to happen.

MO Do you think you needed a lot more material to write about? More to live where you can come up with more stories to tell?

JB Yeah, to be honest, I do not like writing about love songs or girls or that kind of stuff. Therefore, I needed to have some existential crisis to write about.

MO Is that where BRKN Love comes from as a name?

JB Well, it describes more or less the type of person I am. Not because I can’t love or anything but by the fact that you might be afraid of pouring your heart into something and realizing that it was you the one that is not able to make it work as in a friendship or in a relationship of any type

MO Shot down was the first song I heard, are you playing a Les Paul there?
JB No, there is not even one Les Paul throughout the album.
I am using a Gibson 339 in the record. By the time we were recording, I did not own one, and now I have two of them.

MO Yeah, I saw you have a golden top on your videos.
JB I was playing it right before our interview.
I can tell you what we use on stage as a band. We use a lot of earthquaker devices. They are in Ohio; they make a bunch of overdrives and fuzz pedals.
We use plenty of little amps, no Marshals, no Boogies. Only small ones. That makes the live sound a lot fuzzier. We use small tiny Fenders and Voxes.
Well, you know what? In the album actually, we use a tiny 1-watt amp of the size of a toaster. Made by a film projector company or something. I do not know the name but the whole sound in Shot Down is coming from that little angry toaster… brutal sound.

MO That is a filling rusty sound. I was not expecting a small amp.

JB We just crank the little amp and it gives you a lot more fuzz in a more organic way instead of a pedal sound.

MO Exactly, just like generator parties with Kyuss and all the beginning of stoner rock down by Joshua Tree in California.

JB For sure. I love Queens of the Stone Age; Josh Homme is my hero… My google searches are “How to sound like Josh Homme”

MO We all do the same, I guess.
JB Yes, of course, everyone wants to sound like him… who does not wants to play like those guys?
I listen to Queens of the Stone Age almost every day.

MO I also saw that you are into Kiss. Tell us more about that.

JB Well yeah, I have a big Gene Simmons doll beside my bed. He has always been there. Kiss began almost everything for me. When I was like seven my uncle showed me all these videos of theatrics, Gene spitting the blood and explosions… etc. I was watching superheroes but doing music. My mind was blown.
MO Have you seen the Scooby doo episode?
JB For sure! The movies are also hilarious.
Whatever brings some money to Gene Simmons there he is in the market.
To seven year old me, they sounded as the heaviest band I have ever heard then.
They are bad-ass on stage and probably the reason I grabbed the guitar for the first time.
I have seen them live more than 15 times

MO Is that the band you have seen the most?
JB Foo fighters, I follow them. I fly to see them everywhere I can.
MO Do you remember the Struts? They opened for the FF here in Toronto a couple of years ago at the Rogers Centre.
JB Yeah! They are so good!
Someone sent me the album a couple of years ago and I was so surprised by the amazing sound they had… bringing rock again.

MO Justin, what should people expect to listen to in the new album? And on stage?
JB Well, we do not have 11 songs that sound like Shot Down so it is not a linear record. We have a fresh sound with many riffs. Everything in the record sounds kind of groovy. Some heavier moments and of course a ballad that I really like. People will see the depths of what we can do and that we are not only a group of people playing some riffs and singing high notes.
The live show will have many spins to make it interesting. We add some stuff to the recorded songs and yes, we jam a lot. We do a lot of guitar solos and drum solos. We have a lot of crazy stuff going on during the live presentation.
People will feel they got crushed over the head for a little more than an hour.

The new album is almost entirely played at our show including new songs that we haven’t played on stage before.

Lee’s palace is going to feel like home to me. I’ve been to so many shows there but never played there before.  I am looking forward to play in town for my friends and family.

MO Justin its been great meeting you and learning more from you. All the best in all your projects and see you the 27th of February at Lee’s Palace.

JB Thank you! See you there! 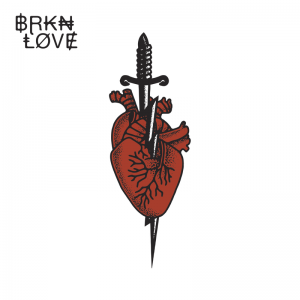 Take a look at the "Shot Down" video